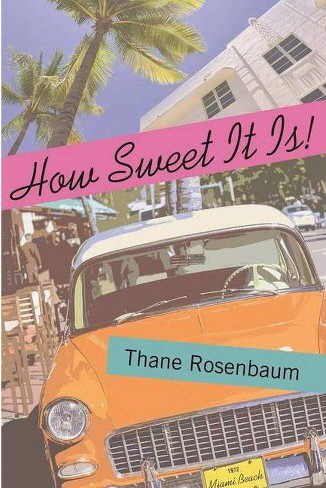 How Sweet It Is!

Set in Miami Beach, Florida in 1972, the novel follows the Posner family—two Holocaust survivors, Sophie and Jacob, and their son, Adam—doing everything they can to avoid one another in a city with an infinite supply of colorful diversions, including the Republican and Democratic political conventions, the rise of the counterculture, the Cold War, and the desegregation of the old South. The novel is enriched by the presence of historical characters such as Jackie Gleason, Frank Sinatra, Muhammad Ali, I. B. Singer, Meyer Lansky—even a sighting of Fidel Castro. 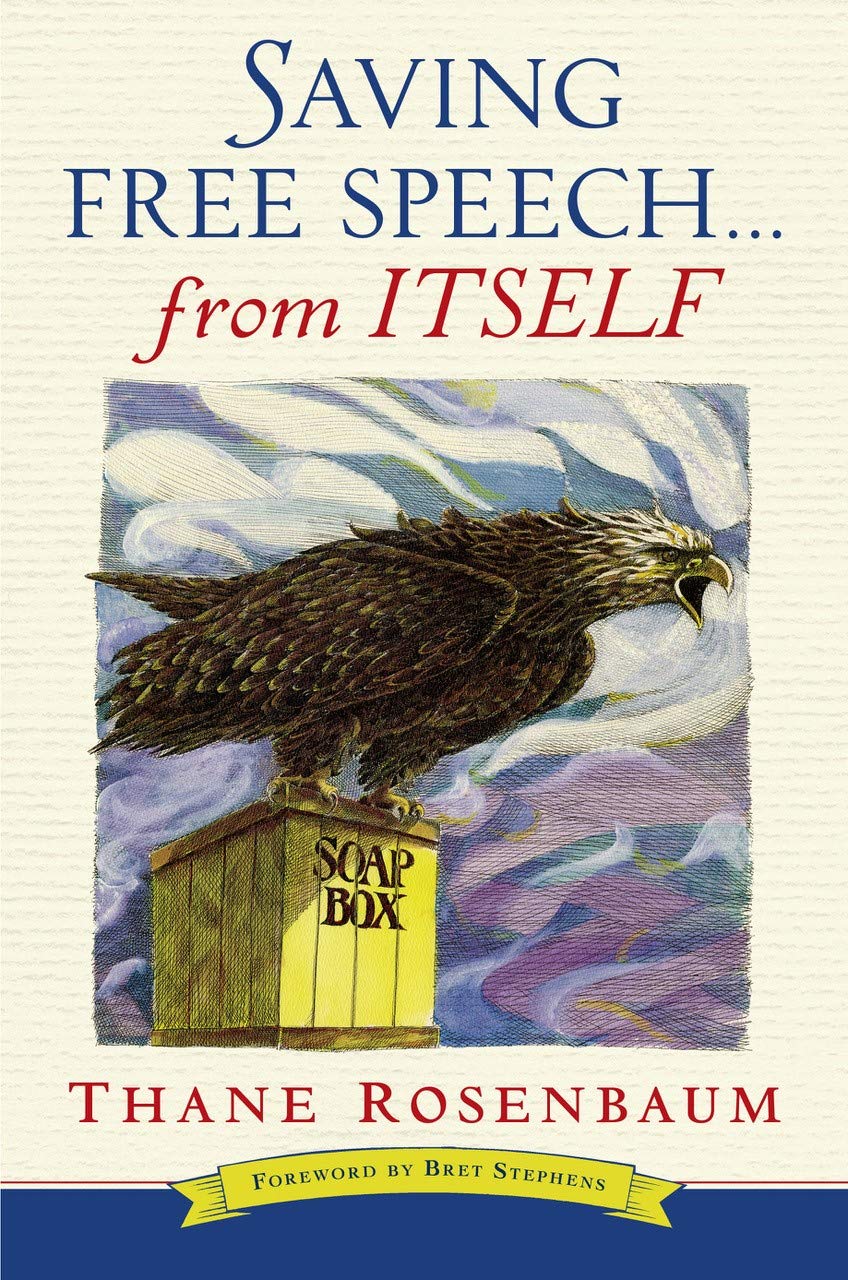 Saving Free Speech … from Itself

In an era of political correctness, race-baiting, terrorist incitement, the ‘Danish’ cartoons, the shouting down of speakers, and, of course, ‘fake news,’ liberals and conservatives are up in arms both about speech and its excesses, and what the First Amendment means. Speech has been weaponized. Everyone knows it, but no one seems to know how to make sense of the current confusion, and what to do about it. Thane Rosenbaum’s provocative and compelling book is what is needed to understand this important issue at the heart of our society and politics. 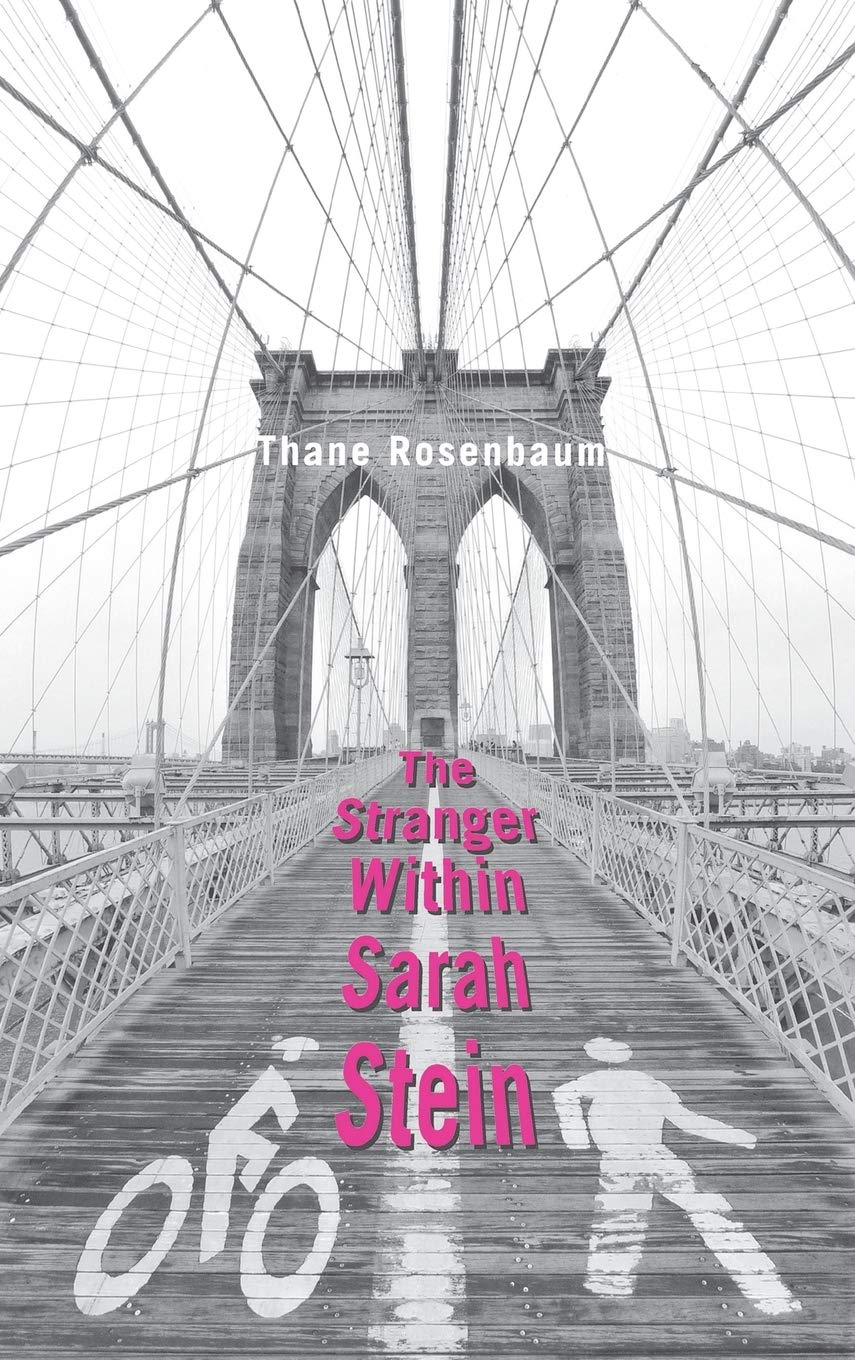 The Stranger Within Sarah Stein

Twelve-year-old Sarah Stein loves life in New York until the day her parents tell her they’re divorcing. Forced to shuttle each day by bicycle between their separate residences on either side of the Brooklyn Bridge, Sarah soon takes on a bizarrely split identity and becomes a stranger to herself. Colliding with the cart of a homeless man one day while pedaling across the bridge, Sarah tumbles through a magical portal and into an upside-down world of double identities and second chances. Through her friendship with the homeless Clarence Wind, a disgraced fireman missing since 9/11, and the love of her grandmother, a wise Holocaust survivor with her own hidden past, Sarah unlocks the mysteries behind the strangeness that she and Clarence share. 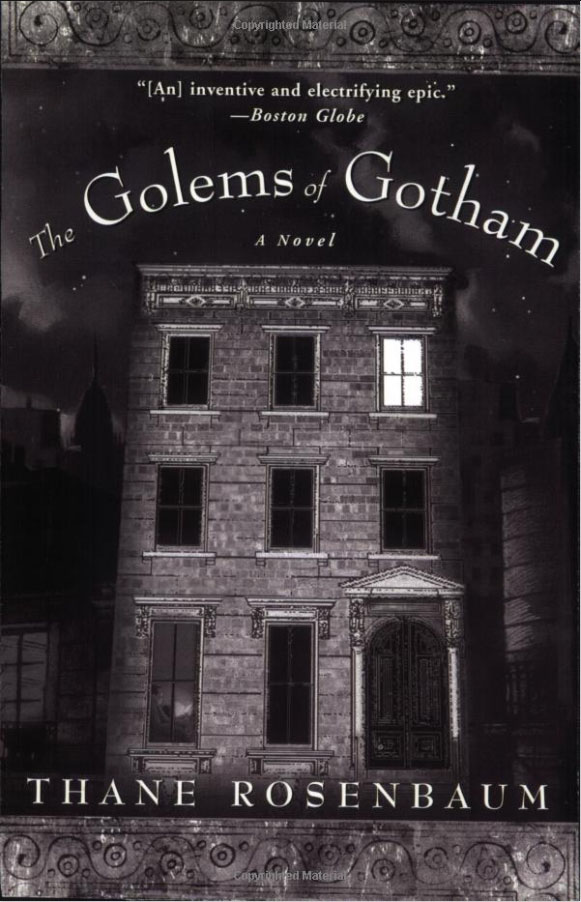 The Golems of Gotham

Many years have passed since Oliver Levin--a bestselling mystery writer and a lifetime sufferer from blocked emotions--has given any thought to his parents, Holocaust survivors who committed suicide. But now, after years of uninterrupted literary output, Oliver Levin finds himself blocked as a writer, too. Oliver's fourteen-year-old daughter, Ariel, sets out to free her father from his demons by summoning the ghosts of his parents, but, along the way, the ghosts of Primo Levi, Jerzy Kosinski, and Paul Celan, among others, also materialize in this novel of moral philosophy and unforgettable enchantment. 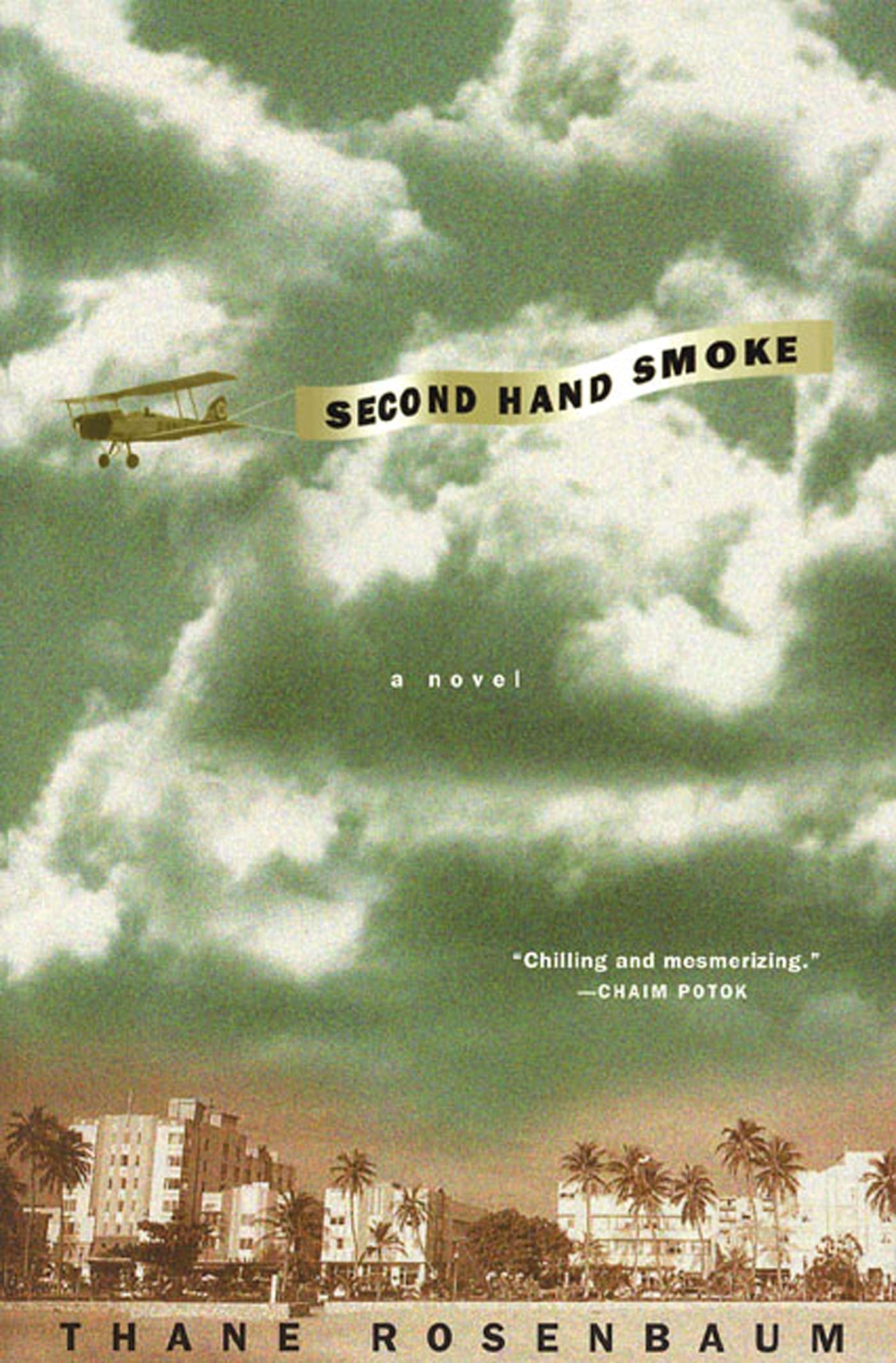 In the seamy atmosphere of Miami Beach's Collins Avenue, Mila Katz, a streaky card shark and confidante of mobsters, lives by the wits with which she survived the Holocaust. Second Hand Smoke is the story of Mila's sons, Isaac and Duncan, the one secretly abandoned in Poland, and the other, American-born, raised as an avenging Nazi hunter, poisoned with rage. Told in equal bursts of fractured realism and dark comedy, Second Hand Smoke is a postmodern mystery of great lyrical power, deep insight, and emotional resonance. 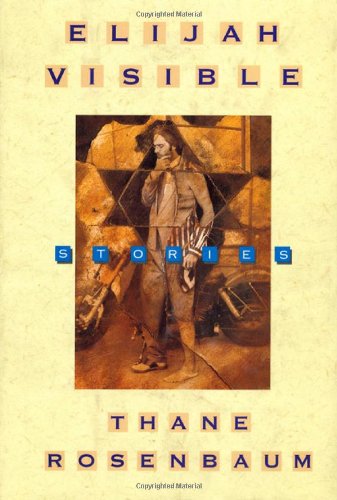 With the publication of Elijah Visible, Thane Rosenbaum emerged as a fresh and important new voice on the American literary scene, a young writer in the great Jewish storytelling tradition of Isaac Bashevis Singer and Isaac Babel. In this haunting debut, Rosenbaum weaves together nine postmodern tales about Adam Posner, a young man determined to climb the American corporate ladder, who finds himself paralyzed by the legacy of the Holocaust. Encumbered by the psychic screams of his deceased parents, Posner embodies the disintegration, as well as the spiritual search, of the modern Jewish family. Rosenbaum's stunning portrait of the post-Holocaust world will resonate with contemporary readers of all backgrounds. 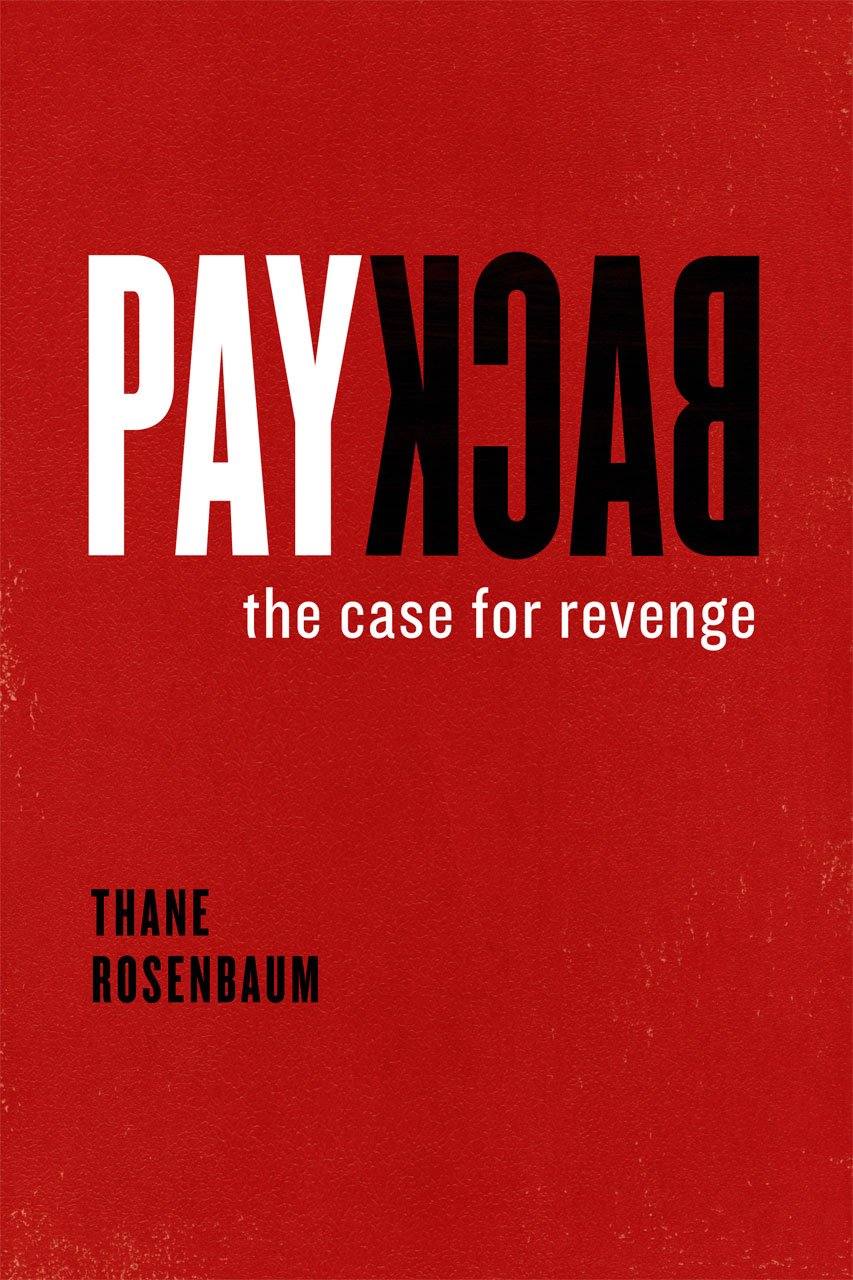 Payback: The Case for Revenge

We call it justice—the assassination of Osama bin Laden, the incarceration of corrupt politicians or financiers like Rod Blagojevich and Bernard Madoff, and the climactic slaying of cinema-screen villains by superheroes. But could we not also call it revenge? We are told that revenge is uncivilized and immoral, an impulse that individuals and societies should actively repress and replace with the order and codes of courtroom justice. What, if anything, distinguishes punishment at the hands of the government from a victim’s individual desire for retribution? Are vengeance and justice really so very different? No, answers legal scholar and novelist Thane Rosenbaum in Payback: The Case for Revenge—revenge is, in fact, indistinguishable from justice. 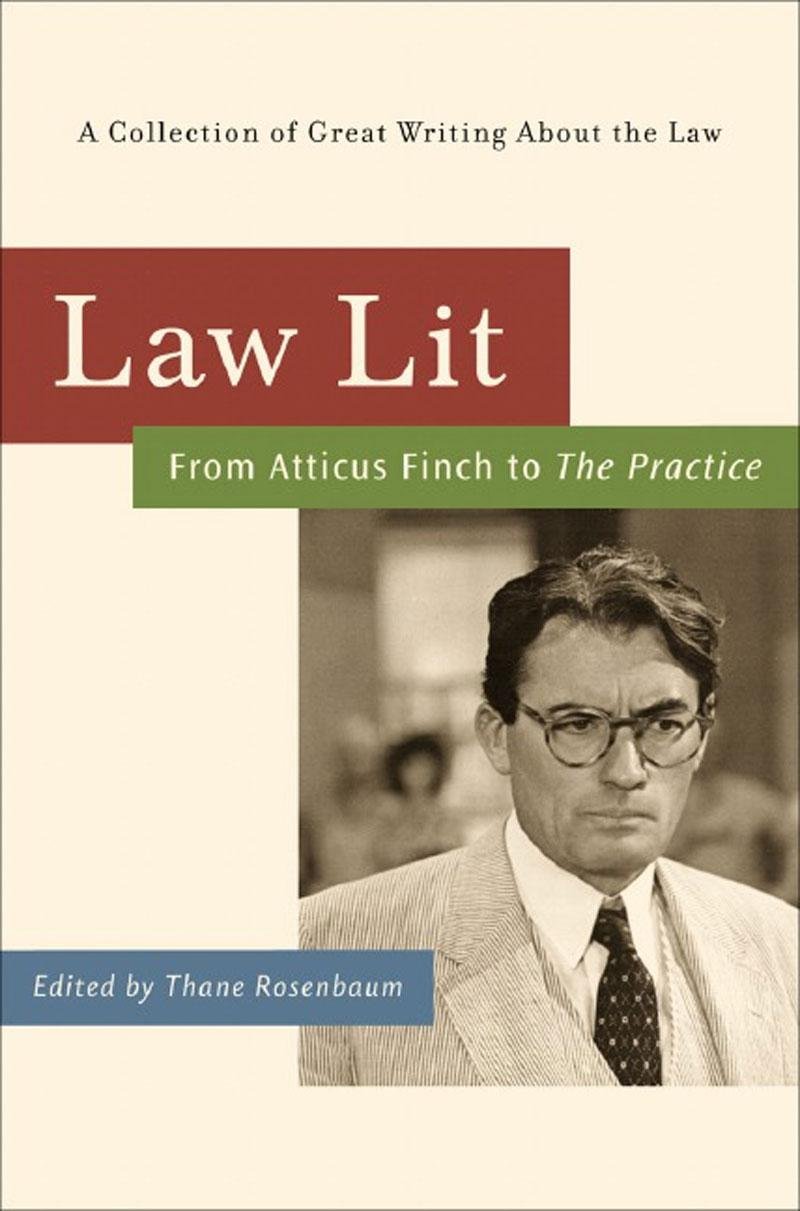 Law Lit: From Atticus Finch to “The Practice”: A Collection of Great Writing About the Law

From ancient Greece to foggy London to the narrow streets of Prague and the spectacle of an Alabama courthouse, Law Lit transcends place and time to offer what TV anchor Jack Ford called a "marvelously entertaining and enlightening" look at how lives are laid bare before the bench. Acclaimed novelist and law professor Thane Rosenbaum weaves together Portia's poetic maneuverings from THE MERCHANT OF VENICE, the famously heated cross-examination from A FEW GOOD MEN, and Bob Dylan's controversial protest song "Hurricane," to name just a few. This dazzling collection of fiction, essays, poetry, and even the film scripts caused the New York Law Journal to ask why it took so long for such a sampling to appear--and it is one that readers will want to savor and return to again and again. 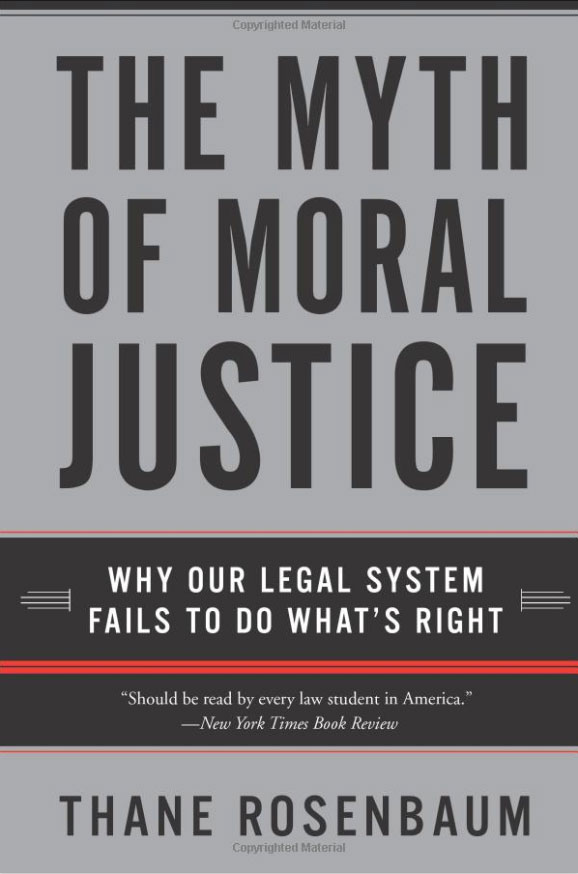 The Myth of Moral Justice: Why Our Legal System Fails to Do What’s Right

We are obsessed with watching television shows and feature films about lawyers, reading legal thrillers, and following real-life trials. Yet, at the same time, most of us don't trust lawyers and hold them and the legal system in very low esteem. In The Myth of Moral Justice, law professor and novelist Thane Rosenbaum suggests that this paradox stems from the fact that citizens and the courts are at odds when it comes to their definitions of justice. With a lawyer's expertise and a novelist's sensibility, Rosenbaum tackles complicated philosophical questions about our longing for moral justice. He also takes a critical look at what our legal system does to the spirits of those who must come before the law, along with those who practice within it.